Easter getaway, coupled with half term, led to the airport having its busiest departures day ever, with over 136,000 departing passengers travelling on the 30th

Long-haul, emerging destinations were some of the best performers, as the airport reported double-digit growth in African (12%) and Middle Eastern markets (11%). Latin America also experienced significant growth, up 7.3%

Cargo volumes increased by 1.5%, with the airport reporting the 20th consecutive record month. During the course of the month, over 150,000 tonnes of cargo travelled through the UK’s biggest port

New routes launched by Hainan Airlines and Tianjin Airlines provided the UK’s first direct connections to the growing cities of Changsha and X’ian. Qantas also began its first direct service to Perth from Heathrow – offering the fastest route to Australia for both UK cargo and passengers

The Transport Select Committee announced the backing of the northwest runway at Heathrow, believing this remains the right answer for the UK and laying the groundwork for the parliamentary vote in the summer

“The booming growth in passenger numbers and cargo, particularly from emerging markets, underpins the urgency to secure Britain’s economic future with a third runway at Heathrow – which has now been backed by the cross-party Transport Select Committee.  We are delighted that passengers have rated us one of the top ten airports worldwide, recognising the huge improvements in service we have made over the last few years” 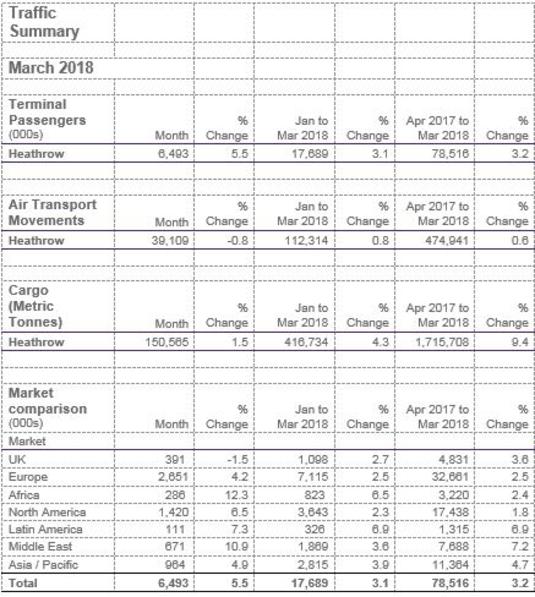